This a unique skill that no other commander has! It’s a combination of direct damage and healing, provides quite a significant nuke a pretty significant heal for garrison. You definitely want to max this first before you go to the second skill!

You will get a 20% damage bonus in total if you get rallied. This is an excellent skill in so many situations, especially in Ark of Osiris when you can get attacked by multiple rallies at once. This is probably the best skill for the garrison that is in the game because the raw amount of damage you can put out.

Providing a crowd control effect is super sweet. Herman has this effect also, but it is his primary skill and he has to wait 5 seconds to activate it. Here, Wu Zetian has it as a passive skill. If you get attacked by multiple armies at once, the chance of triggering this CC is a lot higher.

You will also want to max this skill before unlocking the next skill.

50% chance is actually very high because you always get attacked by active skills twice, so you should always have this skill triggered during the battles.

We have a lot of buffs for the counterattacks here. The 10% chance seems to be small but if you get swarmed, it will be huge.

Together, all of the skills make Wu Zetian the best garrison commander in the game so far!

Fire it off with the garrison path first because that’s the best use of the Wu Zetian.

Now we’re going to go through these talents and I want you to be very careful on how you understand I’ve constructed this. The point of this build is give you as much rage regeneration, skill damage reductoin and many trigger effects of the first skill as possible.  We also get more heal profitable stuff from the leadership talent tree as well.

This is the open field version. Although it’s not recommended to have Wu Zetian as the primary commander for openfield fights, but I still wanted to give it to you just in case you want to use it.

It’s actually not as bad as you would think. But it is also not as good as it is it could be if you use Wu Zetian as secondary.

This build gives you a lot of skill damage reduction, healing effect received bonuses and so many things that help trigger off of that to give more attack damage!

Basically we have the same exact build on the support path here but we reallocated all the garrison stuff up into the Leadership path.

Since Wu Zetian is a leadership commander, you’re gonna want to use mixed troops. This build gives mixed army 3% more damage and  reduces incoming damage by 3%. You also get an increase of 3% for troop capacity. It also gives you hidden wrath which is an additional 6 rage every time your troops are attacked, so more heal!

This is a very very solid if you’re gonna have a mixed troop type army.

So let’s bring up the pairings!

For Wu Zetian being the main primary garrison commander!

I love the synergy of all of her skills with the support tree over YSG skills because you’re gonna be firing stuff off like crazy!

With YSG second skill having a hundred percent damage increase in a rage regeneration bonus and then on top of that you can you’ve got all the damage that YSG provides alongside of the bonuses that he will give Wu in combination with her skill damage. You’ve got heals and everything.

He’s really geared around garrison as well and he does get that heal nicely due to his forth skill increasing skill damage reduction by a significant amount.

His first skill being such a great debuff and buff.

The extra health that the infantry inside of your city will use is very nice. It all stacks together really well.

Not only are you getting all that super tankyness from those skills and talent trees but also you get actual shield from Charles alongside of the additional counter
attack damage, all the extra bonuses.

This is a great combo for city defense!

You will get 30-40% incoming skill damage reduction, 1,700 skill damage on every single nuke, healing effect reduction applied to the enemies. Especially If it’s an infantry rally, you would want to give Wu Saladin a try.

The reason being he’s got a rage regeneration bonus. He would trigger all those healing effects. He got a really solid nuke ability.

His skills work really well in conjunction with the talent builds for Wu Zetian we mentioned above.

I don’t recommend necessarily using her as an open field commander, especially as the primary. You can use her has a secondary commander and be relatively successful especially if you use these commanders as primary. 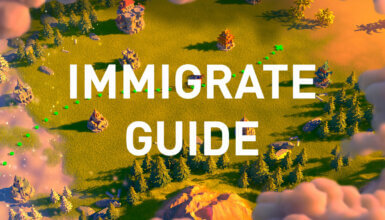 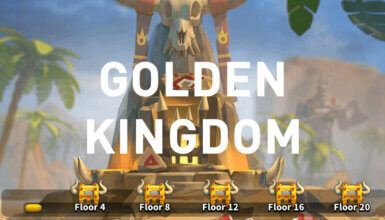 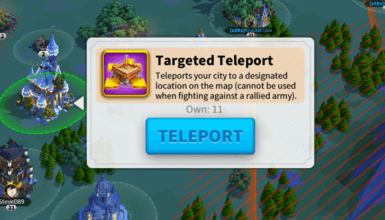