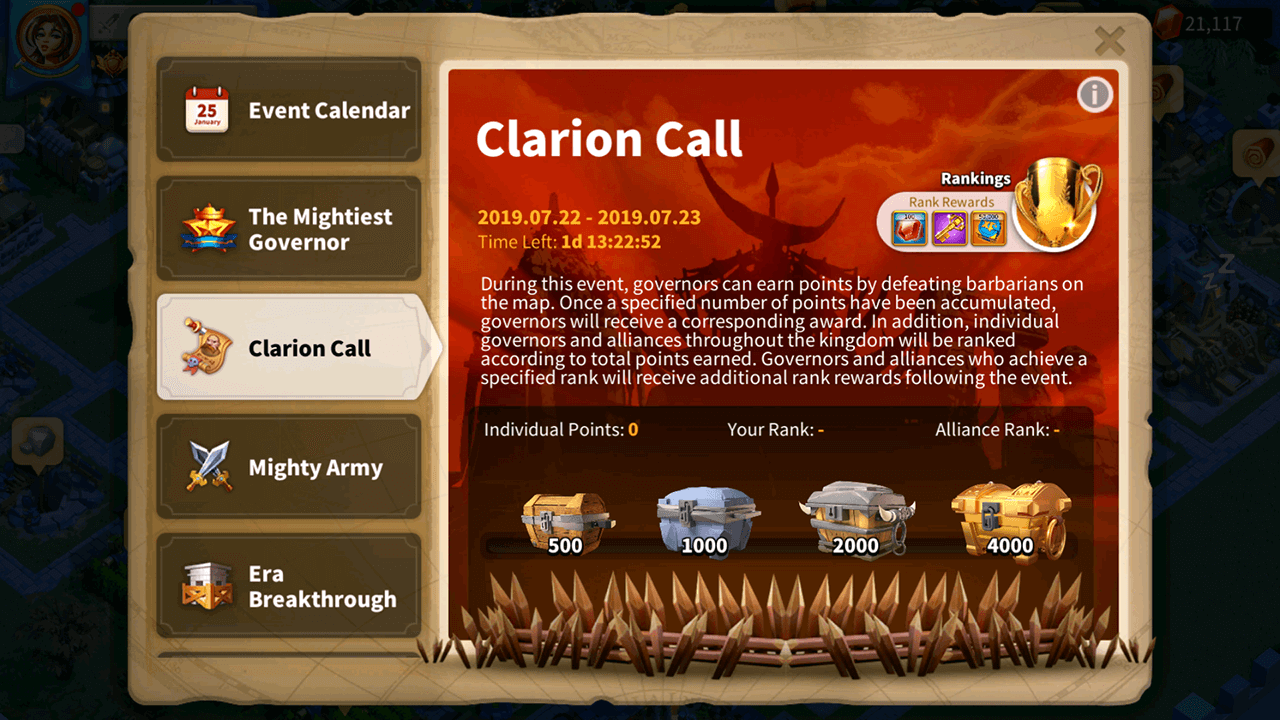 During this event, governors can earn points by defeating barbarians on the map. Higher-level barbarians reward more points. Governors who earn the specified number of points will receive a corresponding reward.

Event reward chests can only be claimed once by each governor during the event. Chests cannot be claimed a second time.

Only the top 100 Governors will receive rank rewards!

Only the top 20 Alliances will receive rank rewards!