An instant guide to Edward of Woodstock so that you can easily understand his skills, how he works and the best ways to make the most of him in Rise of Kingdoms! 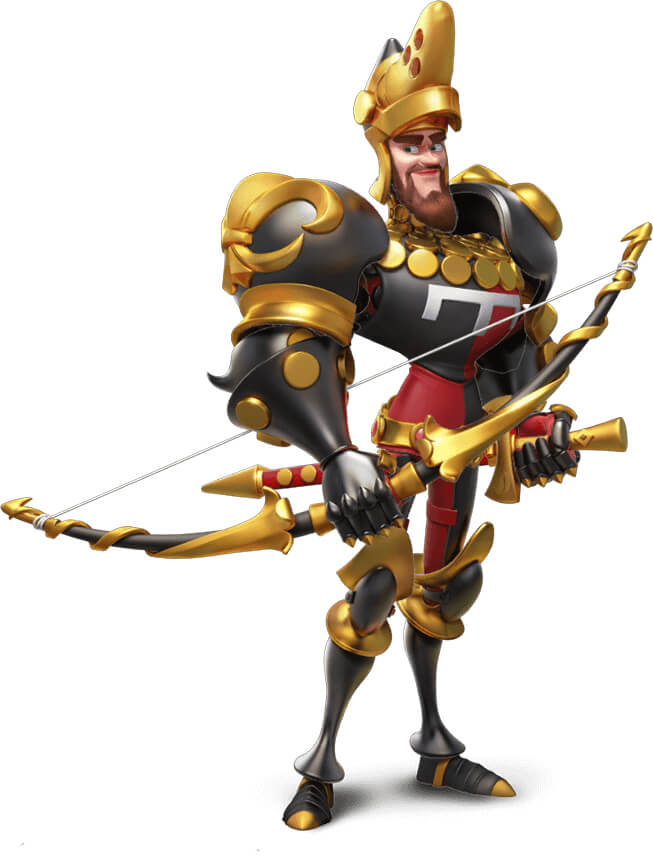 Edward of Woodstock is exclusively available for kingdoms over 120 days.

If he is used as a secondary commander, the damage factor is reduced by a lot.

What is unique about Edward is his high rage cost to activate his active skill with high damage factor as a primary commander and he will reduce his own rage of 300 per skill cast.

Increasing up to 30% of Archer’s HP + March Speed at level 5 is literally a lot! Edward is made to go crazy with Archers!

So make sure you have only archer units, no mix troops in here to make the most of him. You need to, also, focus on the Archer path in the talent tree to boost the Archers furthermore.

Initially, Archers are already stronger than Infantry. Here, you will get even more power against the most used type of troops, the Infantry.

The way you want to play with Edward of Woodstock is not going to go too deep down to the enemy territories.

If you want to maximize this skill,  you want to always have your army at 70%+ of HP percent.

A trick for you to use is to go is in and out of the city or the flag to refresh the army health bar. This way you will always have the HP staying above 70%.

This is an outstanding skill but it is also a bit tricky, depending on the commanders you want to couple with Edward. You can earn tons of buffs If your secondary commander is great when having active skill gets casted frequently. 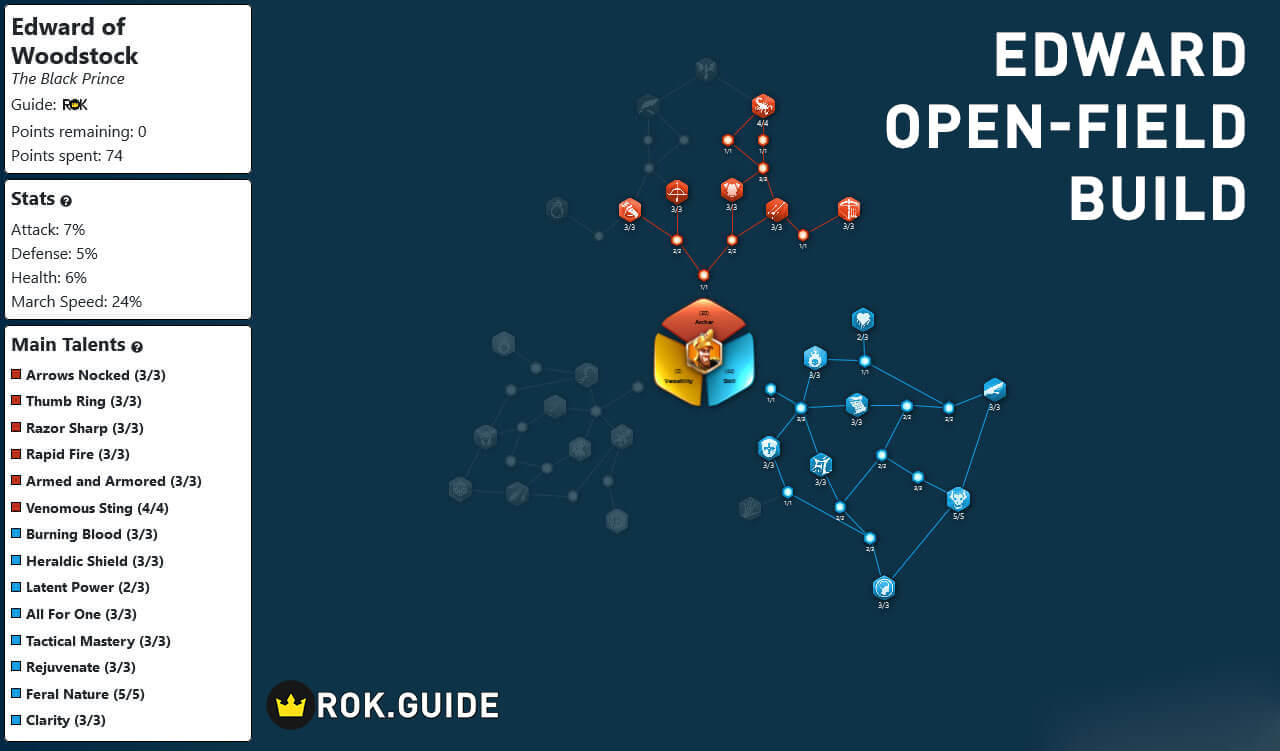 Edward in open field has great skills and talents to fight in any battle. He is a commander that will not be easy to maximize if our player form is F2P, his main role makes him a leader and we must assign him another commander at his height (another Legendary archer commander) as secondary, pairing him with an epic commander will be useful but it will not be as effective.

“Archer’s Honor” his active skill causes massive single target damage that is one of the most dominant in the game, we can even say that Edward easily managed to disintegrate enemy armies thanks to this unique damage skill. “Vengeful Crusade” his passive skill is ideal for open field, it increases the damage of all his archer units including their march speed, both by 30%, it really is a tremendous skill in open field for a commander with these characteristics.

Edward as archer leader, will be the worst nightmare for any infantry army, “Crecy’s Campaign” one of his passive abilities that increases Edward’s damage per skill and in turn makes each of the bows under his command infringe 5% more than damage to infantry.

When taking him as the leader of our army in open field, we must be clear that it will depend on some specific talents, talents that will establish him as an undisputed leader of amazing power, for this the main talents in this build will be the following:

By directing this build to open field, his talents are geared towards rapid Rage regeneration and skill damage. The archer units under your command will still be influenced by these talents that will increase their damage and defense, even improve their attack against infantry. 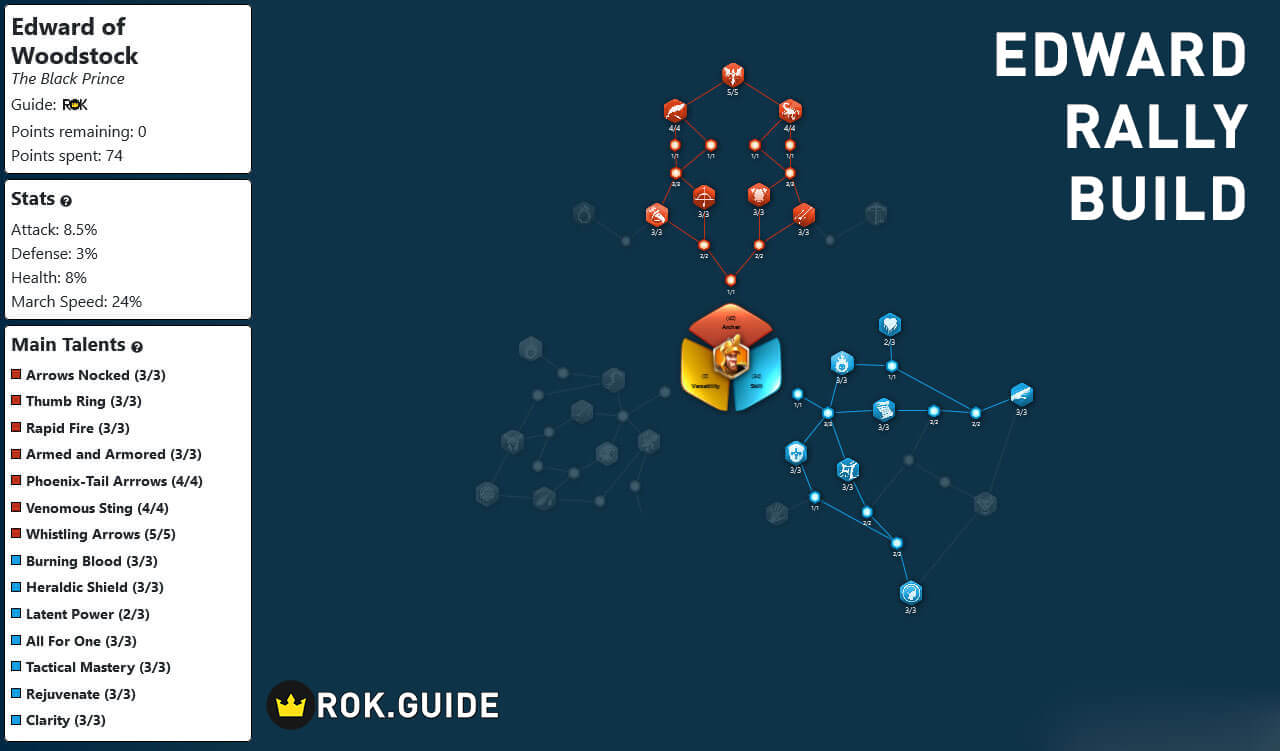 Edward, being one of the best archery commanders of the Rise of Kingdoms, has several forms of PVP play, this build will guide him to his innate condition of burning garrisons.

As we explained in the previous open field build, Edward has the skill that causes the most direct damage in Rise of Kingdoms and for it to inflict the maximum possible amount of damage it must be primary against any attack we plan.

This rally guide is aimed at balancing the damage of our commander with his skills, that is, looking for the best statistics in Edward as a leader, being able to effectively direct any type of rally without suffering the worst of consequences, reduce losses, having fundamental attack-defense-health statistics and achieving victory at all times thanks to your power as a commander, will be the main virtues of this build:

Edward in every rally he leads, his bow will deal the damage necessary to defeat any enemy. This build increases the damage of your units and chances of getting more damage for seconds, seconds that can be vital in every attack or battle.

Recommended Equipment for Edward of Woodstock 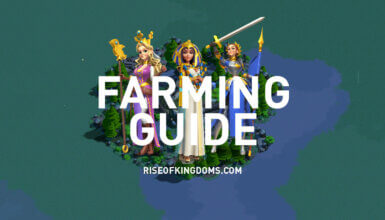 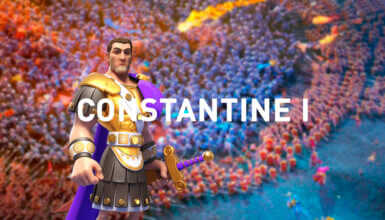 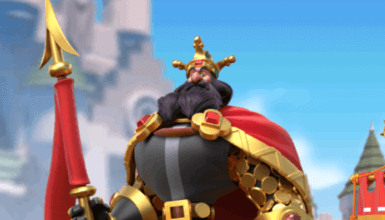