Finding tips for using Mehmed II and his best talent trees in Rise of Kingdoms? Here you go! 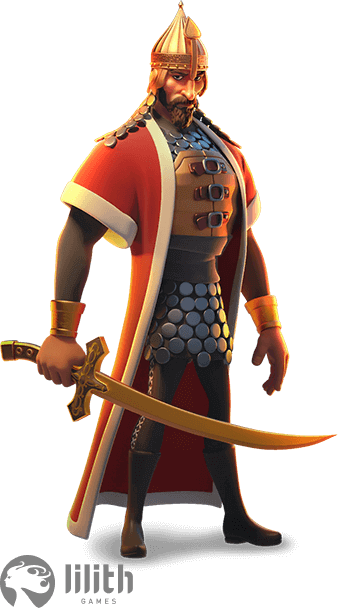 This commander is available in Tavern for any Kingdom. 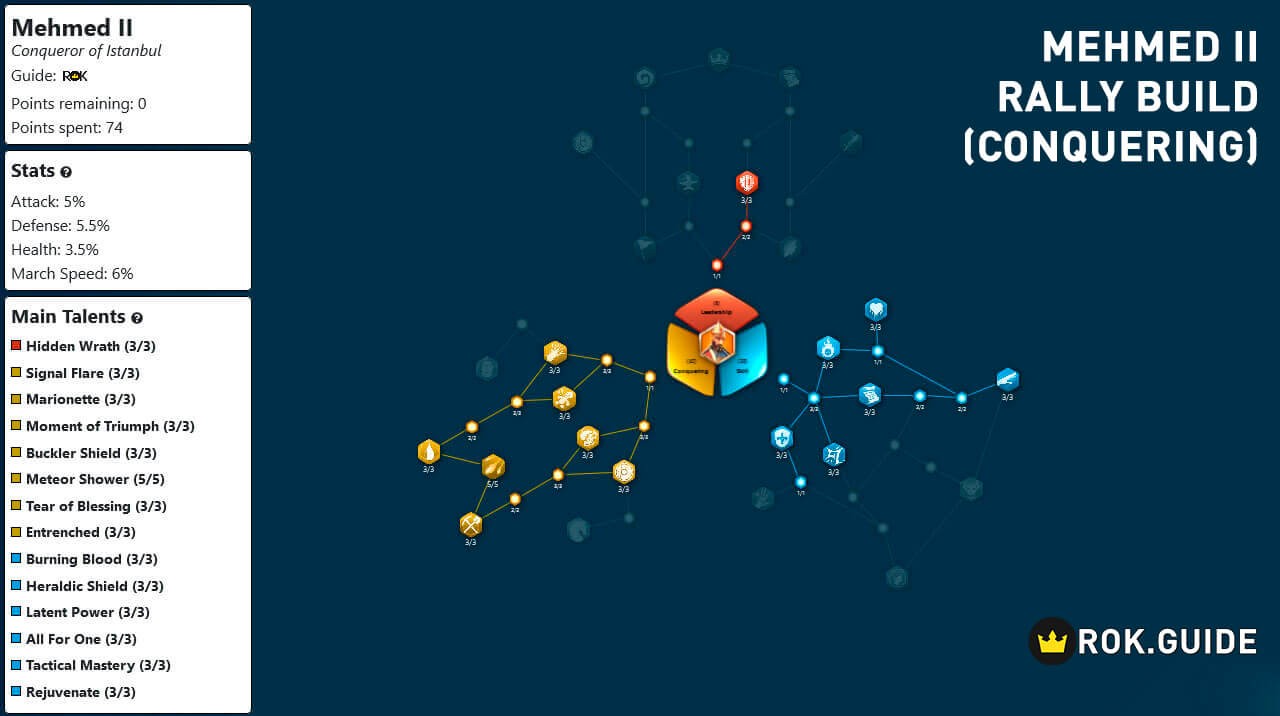 Mehmed is an expert in conquest, his title “Conqueror of Istanbul” was awarded for his many experiences in battles and victories as a conqueror, as well as a historical character in Rise of Kingdoms his role and military cunning are incredible.

“Ottoman Cannons” his active skill has a double damage in excellent AOE to both troops and garrisons, his damage factor is varied in both but with great effectiveness for his performance as a conqueror.

“Lord of Land and Sea” is one of his main passive skills, it increases the damage of his troops at the same time it also increases the skill damage of “Ottoman Cannons”.

As an expert in conquest, Mehmed has a passive skill with the exclusive name “Faith” that gives him a chance to inflict additional damage when attacking cities, this skill makes him a born warrior and a daring conqueror.

“Sage King” one of his ideal skills for this build since it increases the capacity of troops when attacking garrisons through rallies or normal attacks, excellent skill to have a greater number of troops while attacking cities

“Orban Bombard” his ultimate or expertise perfectly improves his “Ottoman Cannons” transforms his active much more powerful in damage and each of Mehmed’s attacks will be more effective when attacking cities through this build of talents that we will show below:

With this build we will have a powerful Mehmed to conquer any city that is our objective, his talents “Conquering” are fundamental for this PVP mode.

Thanks to his improvements when attacking this type of garrison, “Skill” in turn bonuses his attacks in a quick and effective regeneration of rage and extra damage that Mehmed deals, transform him into a powerful commander. 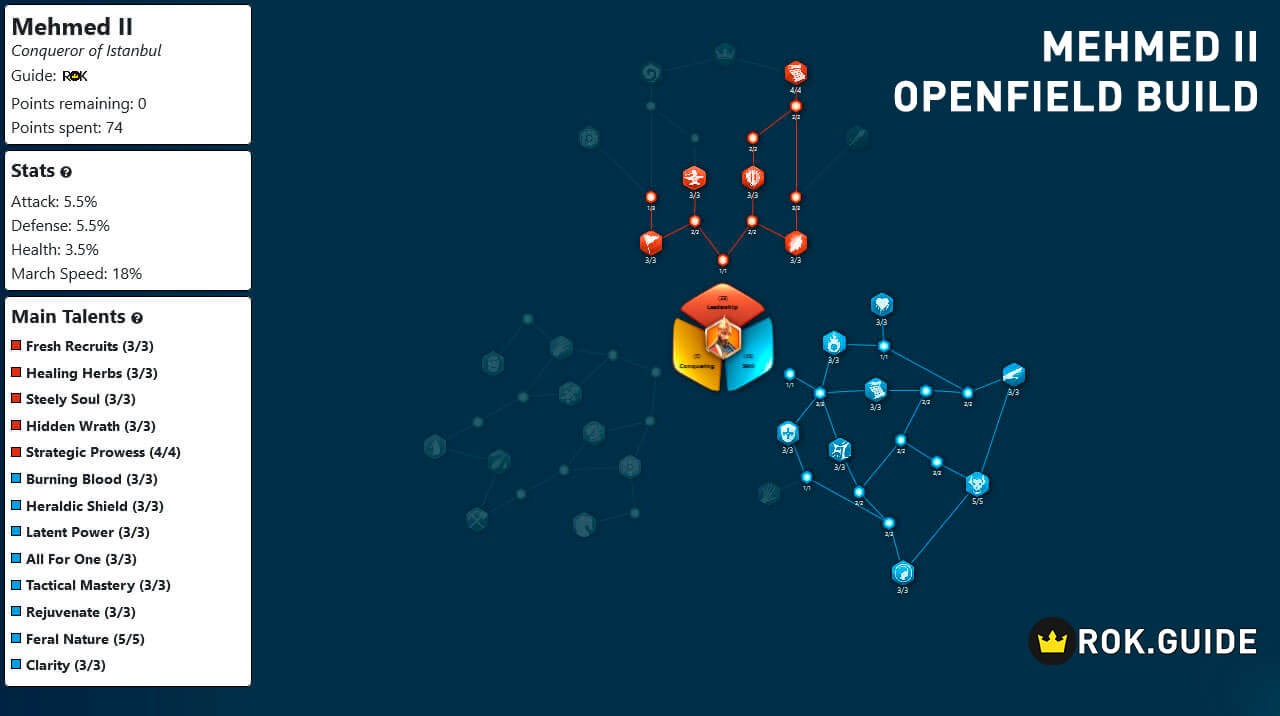 Despite Mehmed having skills purely to attack cities, he has a lot of versatility in open field and one of his variants in PVP is his performance on the map as a great commander.

He is not an expert commander in leading a single type of unit or several either, therefore, this makes him an excellent fighter with any of the roles he assumes with another commander, both primary and secondary, Mehmed is a great warrior.

His variety of talents make this leader a tenacious open field fighter. Thanks to the fact that he has great damage in AOE in addition to increasing this damage and that of his troops, thus increasing the maximum capacity of his army in any of the battles.

In the opposite, we cannot say what would be the best build or fighting form for Mehmed because both are great and whichever of these we assign to him, this will have an extraordinary performance.

Mehmed is one of the best commanders that we can obtain through the Golden Keys system.

By using this build, the main source of Mehmed’s damage will be “Ottoman Cannons”, we will have a rapid Rage regeneration and increased damage skill for open field.

However, this build can also be used in Rally if we want to increase the damage caused to the garrison or city through its Skill, but it will not be much more effective than the Build “Conquering” are simply variants that we can use thanks to the versatility of this great commander.