When we first start playing Rise of Kingdoms, one of the biggest difficulties any player faces is choosing the best epic commanders for each type of roll, mainly combat.

That’s why I really want to point out the best epic commanders in the game so that you don’t have to waste any of those hard-earned resources on bad commanders.

We take it for granted that Sun Tzu is the most accepted Epic Commander in the gaming community. He is without a doubt the best.

He is a great commander due to his abilities to cast an AoE and enhance skill damage from his skills. not only he is an offensive commander but he is also a good defense for Flag/Garrison.

He has the powerful active skill of damage in AOE “Art of War” this can affect up to a maximum of 5 targets (Expertise) on a large scale of damage.

He even increases the skill damage furthermore, thanks to the passive “Ever-changing Tactics”.

He is an expert leader leading infantry in open-field, so when choosing him as our primary commander, we must bear in mind that he will be much stronger as long as he only uses this type of unit.

Sun Tzu in turn will be our best option when leading any garrison as F2P players, mainly defending our city. He has the powerful talents from “Garrison” and a skill “Philosophy of War” that reduces the attack of our enemy when attacking our garrison.

You can either keep him as a secondary if you don’t want to invest a lot of basically XP and stars on him but if you really want to use him as a Garrison Commander, Flag Defense, just go ahead make it six stars for Sun Tzu. Because you can benefit a lot.

But If you want to spend a little more money if you’ve grown as a free-to-play player, I would rather invest in YSG for the same job. But if you just invest in Epic Commanders, I highly suggest using Sun Tzu for Fag Defense and Garrison Defense.

Baibars is an expert commander in leading cavalry.

He is one of the best Epic commanders of his kind, thanks to his strong talent trees and skills.

If we select a Cavalry civilization, this will be one of our best options to lead the armies.

For PVP battles, he is very good, even his “Conquering” talents make him a natural conqueror, although this is not one of the best fighting options for F2P players.

Baibars has a powerful AOE damage skill that can affect up to a maximum of 5 targets (Expertise) and in turn reduces the march speed of his enemies hit by this skill.

As a cavalry leader, he is a fast commander, but not one of the fastest in the game, his main combat strategy will be “Hit & Run” in open field, taking advantage of “Lord Panther”, even chasing enemies! Thanks to his reduction in March Speed due to his active skill.

Baibars’ versatility in the open field is one of the best as an Epic commander in the game.

Osman is an excellent Epic commander!

He has the active skill that causes a lot more direct damage among this type of commanders – “Rising Empire” (Expertise).

He is an expert in leading attacks on garrisons, thanks to the attack he provides to his units through the skill ” Radiance of Bursa”.

His troop capacity is one of his main strengths for PVP, this is an extra 10% thanks to “Sultan’s Glory”.

He is not a commander specialized in directing a specific type of units so this makes him much more versatile than he seems.

The use of mixed troops in Osman is excellent, much better if we use a build of “Leadership” talents combined with “Skill” for open-field, if we decide to use it to attack garrisons such as cities also their “Conquering” talents are very strong, although, it is not an option for F2P to attack cities with this type of commanders.

Joan of Arc is a great F2P commander. She is extremely versatile.

We also need a gatherer to balance this out, we cannot only assume of PvP for the best commanders. In addition, Joan is the good supporting commander for most commanders in the game.

If you do decide on using Joan as a primary, you can’t go wrong with that either If you focus on integration/support talent path.

As a secondary support commander, she is excellent. We can use Joan with any of our expert commanders in a single type of unit or mixed, due her active skill “Divine Revelation”.

Divine Revelation buffs the basic stats such as Attack, Defense, and Health. It even affects nearby allies or troops, the support that Joan provides to any commander is one of the best in the game.

“The Maid of Orleans” is the gathering skill for any type of resource. Joan is the best F2P gathering in the game.

She has a small healing factor for probability “Holy Refuge” and a passive skill that increases the attack of all her troops by 25% – “Saint”, excellent for any combat.

If we are looking for a secondary commander who can provide excellent improvements to any of our armies, Joan is undoubtedly our best option as F2P.

We can use her as the secondary support in combat and as a primary commander in collecting resources on the map. Her versatility is incredible.

Boudica is one of the most used commanders in Rise of Kingdoms for her various functions in both PVP and PVE.

One of the most unique commanders in the game! She is really good for any type of troops.

Without a doubt, she is an effective commander in any task we assign her.

For F2P players, she is an excellent option when we want to destroy Barbarian Forts or Barbarians on the map, or any type of neutral unit. Her performance is perfect.

As in PVP, it can be a luxury couple when we couple her with resistant commanders and good damage.

F2P players pretty much will have mixed type of troops or fall back to mixed troops after a long battle. If you only focus on those commanders, who are specialized into one specific type of troops, you are doomed. You won’t have a good buff for the mixture.

Her active damage skill, enhanced by the Expertise “Roar of the Insurgent”, can deal massive DPS and also reduces the attack of the target 25% for 2 seconds.

“Celtic Blood” is a passive ability that regenerates rage and recovers turn your army’s troops, thanks to the small healing factor.

Her talents are very great too. If we select Boudica as one of our best options, both primary and secondary, her performance will be great.

Lohar is considered by many players as a super commander for PVE, this is his only purpose in Rise of Kingdoms, to destroy neutral units without any problem.

As an Epic commander, his healing factor and damage to neutral units are impressive.

He also has a powerful passive skill called “Lohar Trial’s” which increases the experience gained by the commander by 70%, impressive to farm XP for any of our commanders. Even his talents are perfect for this job.

Every time Lohar ends a battle or goes out of combat, a strong healing will be granted to his troops, thanks to his expertise “Unyielding Spirit”. You can always farm neutral units continuously on the ground with Lohar. This is his only occupation in Rise of Kingdoms, defeat barbarian units.

For the best commanders in general, you might want to take a look at our Rise of Kingdoms Commander Tier List! 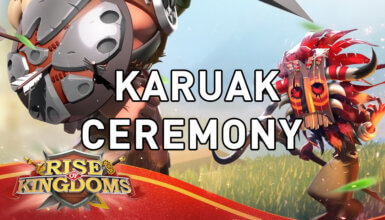 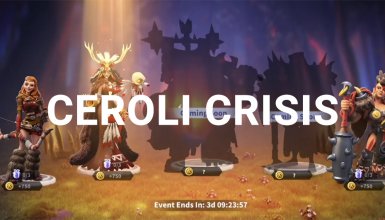 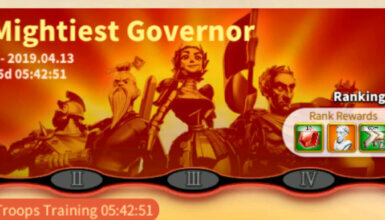