Æthelflæd is right now the best commander for all free-to-play players as you can purchase her Sculptures right in the Expedition Store. She is the true lifesaver of enormous F2P Players. Beside Alexander the Great, Æthelflæd was released in the huge Rise of Kingdoms 2019 June update. 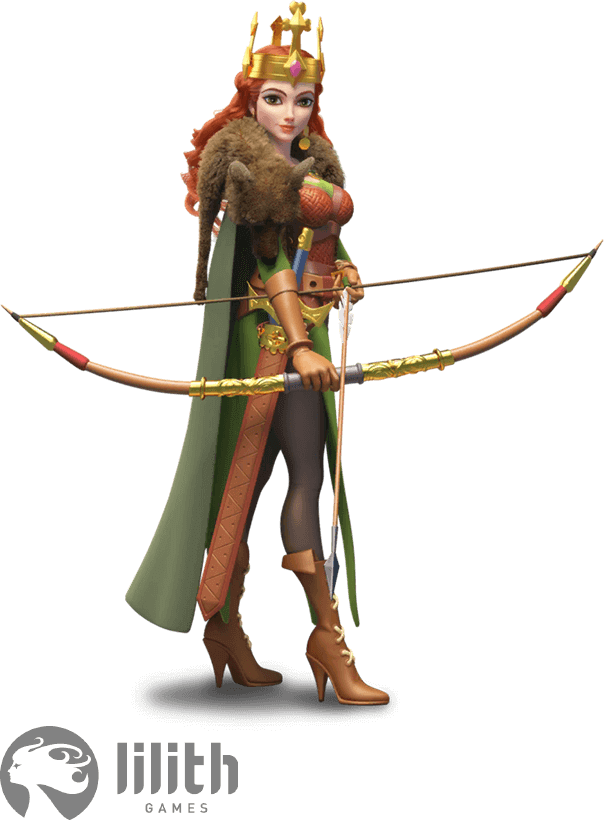 Britain | Lady of the Mercians

Where can you get AethelFlaed? 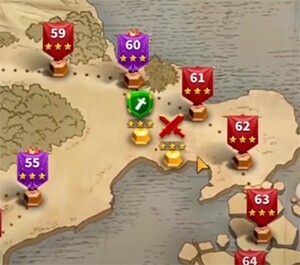 The campaigns which have the battle marker and the shield marker give you the Treasure of Warrior Queen, which provides a chance of getting AethelFlaed sculptures.

Start saving and purchasing Aethelflaed once you’re starting out into Rise of Kingdoms because she will help you a lot in the future. She is actually the greatest investment for your Expedition medals.

Even if you have her maxed out already, just keep buying her sculptures because you can use them to donate in the Past Glory Event.

In the beginning, you’re definitely gonna have a hard time levelling her up if you are a free-to-play player.

However, getting here to level 60 is not that important unless you are using her as the primary commander on the open-field.

Although she offers some great bonus when she is hosting rallies, in my experience, I was being defeated by AethelFlaed.

She’s not the best commander to use for rallying structures unless you don’t really have any choice. If you are in the actual fighting, I would recommend is use other commanders that have more specificity for full archer/infantry/cavalry armies.

The first skill can reduce the enemy’s defense and health at once. That does boost the damage factor of your skill by a lot. You can inflict more damage to them!

They are gonna hit you back with that attack reduction of 30%. That’s massive reduction.

The enemy moving speed will also get reduced. This skill counters cavalry units.

Very generic skill that we’ve seen it from other Commanders. Excellent for defeating Barbarians and Forts.

She is the only legendary commander that is actually going to give some experience bonus.

Whenever she sets a rally, the person that are going to be joining you guys can bring more troops.

The rally capacity is not going to increase however.

It’s very good for P2W players that are gonna join your rally because then they can bring more Tier 5 units, meaning less people can join your rally, meaning you can fill up it a lot faster.

When this commander is leading at least three different troop types, their damage is increased by up to 20%. This is absolutely insane for a free Legendary commander.

For me what I do most of the time is

Alexander the Great as the primary and

Aethelflaed as the secondary.

You also actually want to do

AethelFlaed secondary ecause you can make your AethelFlaed  more tanky while making the most of her buffs! He also has a speed reduction effect.

Mehmed  work well with Aethelflaed in term of AoE damage.

Joan of Arc is the best choice if you want to play the support role.

Osman is also very good commander if you want to bring a lot more troops. Similar with

Just a note, when you equip gears to AethelFlaed what I would recommend using gears that have multiple stats for different kinds of troops. she would really benefit from it and when you have mixed troops in there you have to portion your mixed troop maybe 50/25/25 so you gotta utilize the equipment.

She is a good pair for

Baibars because of his first skill, which is able to slow down the enemies.

Belisarius is another great option for Free-to-play players. His skill doesn’t have the slow down effects. However, he has a talent that has the chance to slow down the enemies. He also reduces the attack/defense of the enemies by 30%, which is pretty insane. 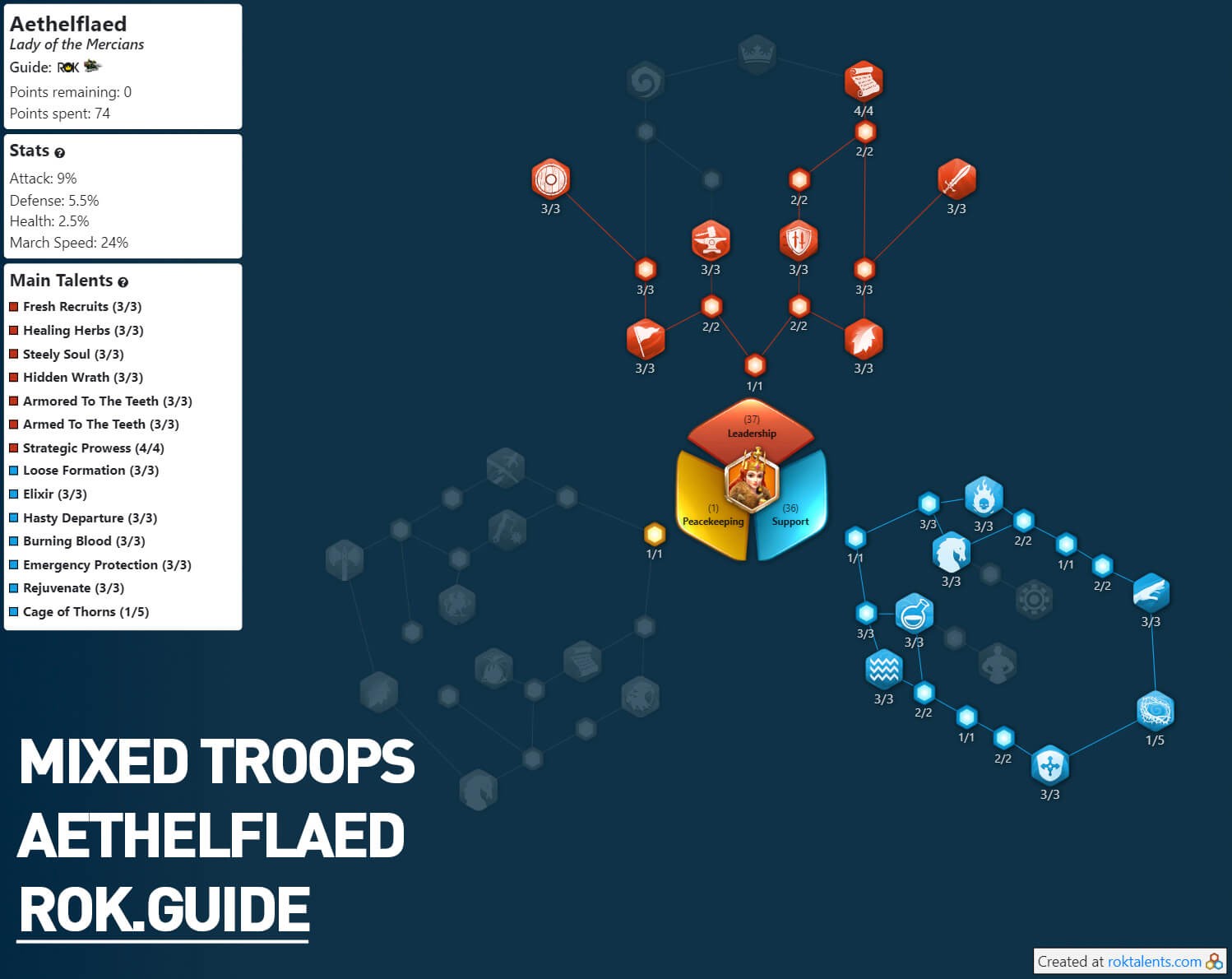 This talent tree is the best if you are performing any mixed troops Aethelflaed marches. Click here to see the web version of it on roktalents. 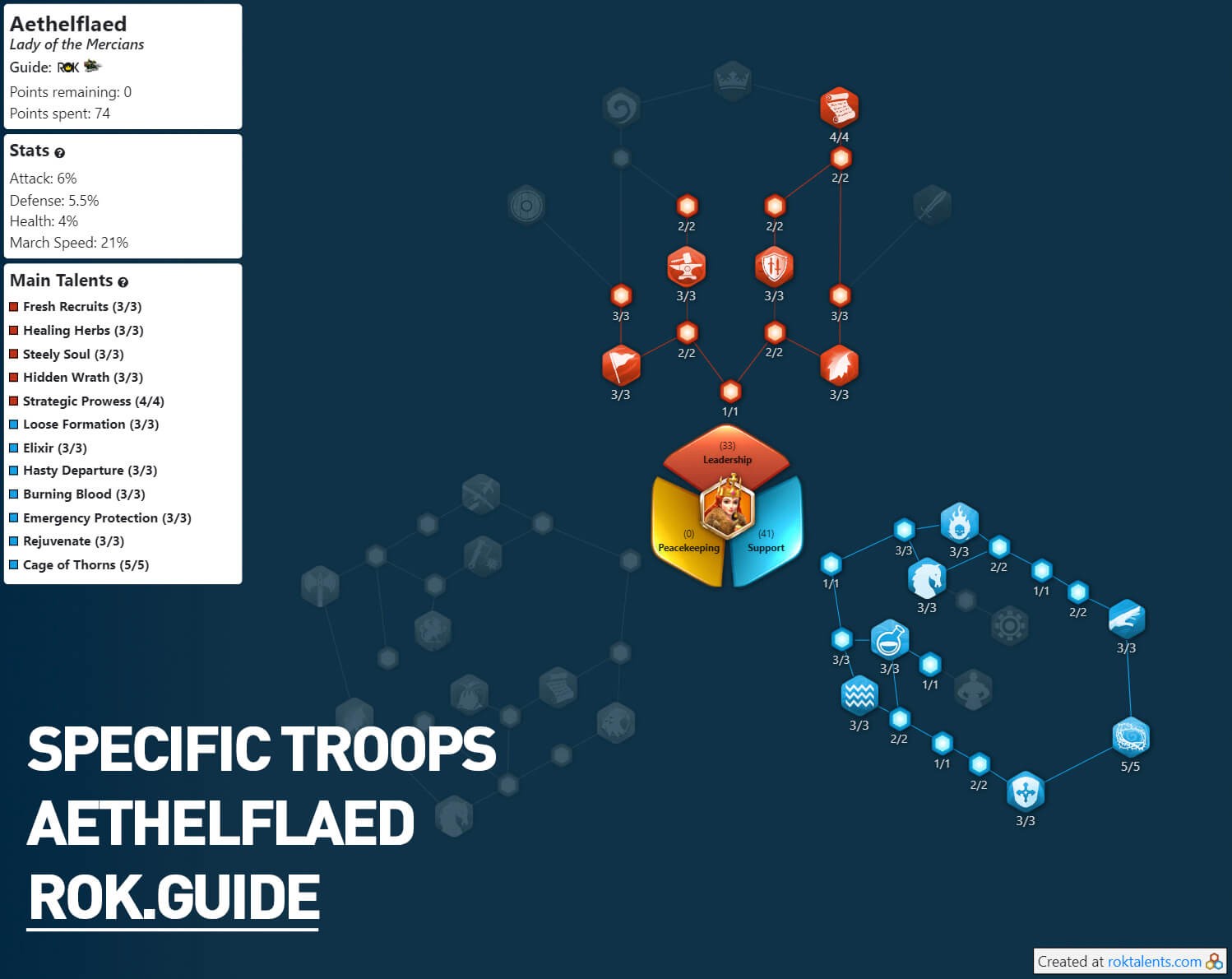 This other build this is going to be more for open field battle. You want to go full archer/cavalry/infantry when using this build. Click here to see the web version of it on roktalents.

When using this build, you can even use

Baibars if you’re going for Cavalry. For Archers, using

Kusunoki is great as well! 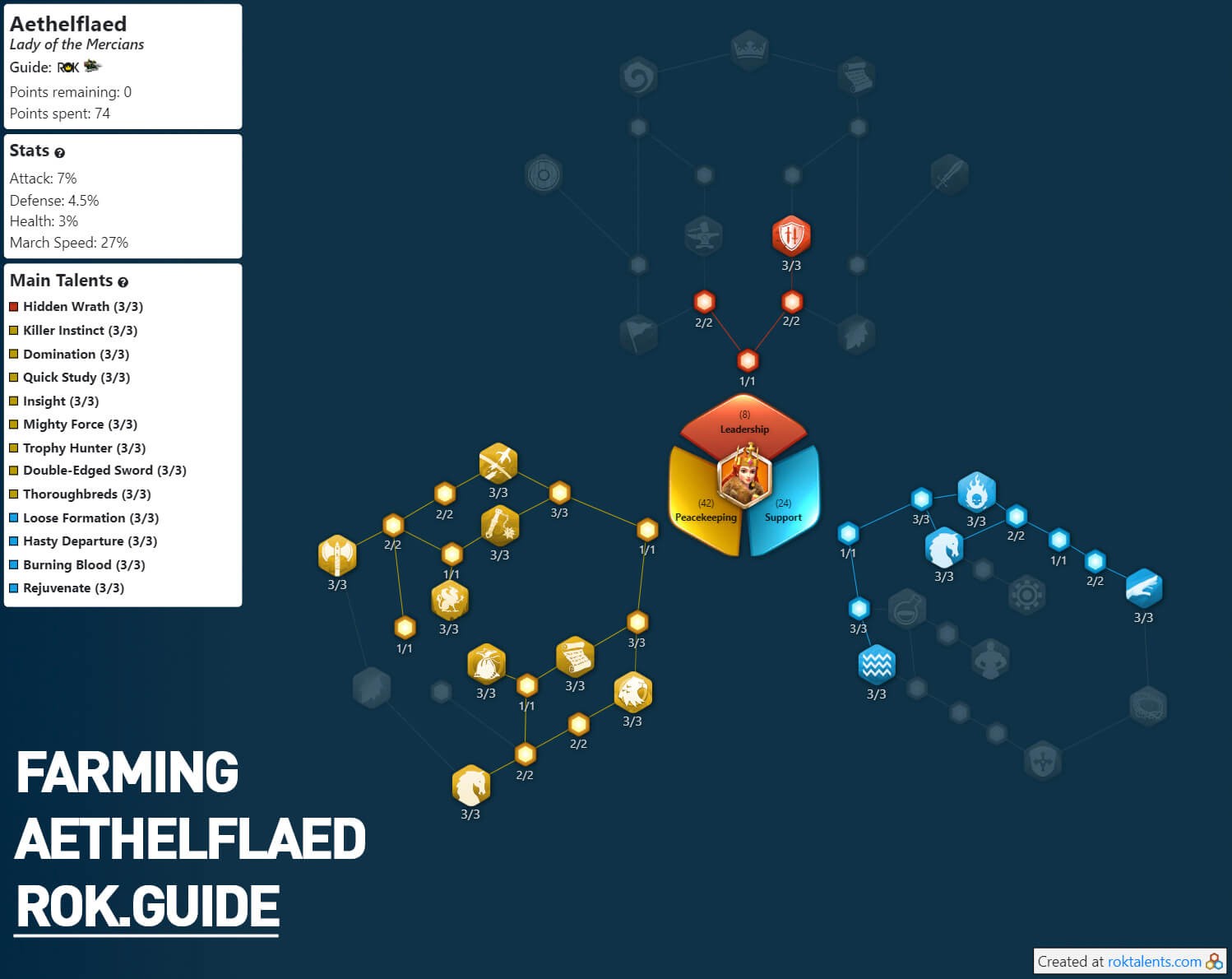 Click here to see the web version of it on roktalents.

If you are using her for Barbarian Hunting and Barbarian Fort Rally, this is the talent tree that’s going to work at the most efficient way for you.

Æthelflæd is a very great commander. She is a free commander and everybody should have her. That’s all I want to say!

If you are a free-to-play player, she is definitely the best commander for you! 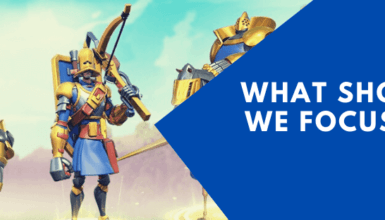 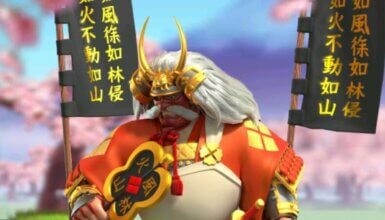